The History and Derivation of Umbrellas

The word umbrella originates from the word ‘Umbra’ which means the shade cast by an opaque object. In 1609 there is a mention in the English Poet John Donne’s letters. He uses the term ‘ombrello’. This was then altered with the influence of the word ‘Umbra’, from ‘Umbella’ to ‘Umbrella’: the word we recognise immediately today.

The Umbrella began to be used in England around c.1700 as a shelter from the elements. However Umbrella type sun shades had been used around the world in various forms for centuries. The Ancient Egyptians used a version of an Umbrella as did the Ancient Civilisations of China, Greece, Rome and the Aztecs. In Africa and the Orient an umbrella was seen as a symbol of dignity- which is something the Umbrella Workshop agree with!

The first rain umbrella carried by a man was thought to be in 1760. Jonas Hathaway, a noted traveller and philanthropist and obviously a man of taste to be carrying an umbrella!

At The Umbrella Workshop we are proud of our Umbrellas and delighted to be creating a product with such an interesting heritage.

Umbrellas in the 18th Century

For a detailed account of the usage and documentation of umbrellas in 18th Century England, please see this great resource, from the Jane Austin Centre, just down the road from our Office. 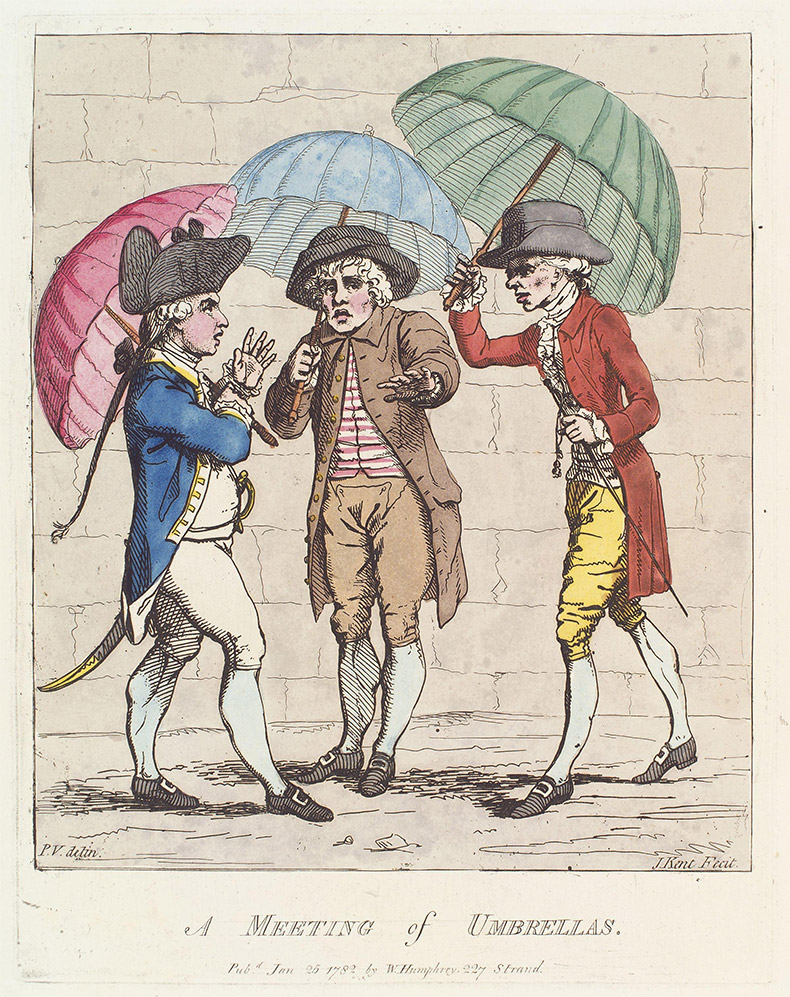